It was formed in April 1981 in the name of Duksung Co. and renamed Shinho Engineering Model Co. in July 1990. For nearly four decades, it has specialized in making models of plants, ships, and various structures.

They can also be classified into models replicating the overall look of the outside of a structure, cutaway models omitting a part of the outside to reveal the inner parts, and detailed models showing a specific part minutely according to their manufacturing method.

Shinho Engineering Model owns a patent related to 3D printing and modeling, among others. Three-dimension printing technology has been widely used in recent years in making models and recognized as an important ability of model makers for reducing production time and cost.

According to a survey on Korea’s 3D printing industry, conducted by the National IT Industry Promotion Agency in 2017, prototypes took the largest share (38.6%) of 3D printer outputs, followed by exhibition/design test models (23.8%) and education/research models (19.1%). This shows that a significant portion of 3D printer outputs is mock-up/exhibition/education models and that 3D printing is emerging as a major tool for companies that make mostly that kind of model.

Potential buyers include shipbuilders and ship owners for model ships and plant construction companies for model plants. Greece was No. 1 and the United States sixth in the 2019 global fleet value rankings by VesselsValue, a U.K.-based provider of vessel valuation services. According to recent data, the U.S. holds the largest share in the 3D printing market.

“Our brand launch in Europe and the US is a rational way to find new markets,” an official of Shinho Engineering Model said, “We seek to establish our brand in the markets as a technologically outstanding Korean product.” 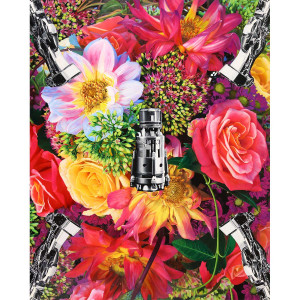