This first software release represents a consolidated step towards O-RAN-compliant Radio Access Network Commercialization
It covers initial functionality of the O-RAN unique Near Real-Time RAN Intelligent Controller, the O1 interface and the protocol stack
With more than 1 million lines of code, the “Amber” release is the result of contributions of over 60 developers from more than 10 companies

The goal of the O-RAN Software Community is to advance opening the Radio Access Network (RAN) with a focus on the open interfaces, followed by implementations that leverage new capabilities enabled by the O-RAN specifications.

· The demonstration of the Operation and Maintenance O1 interface, including multi-vendor radio support.
· The initial release of the O-RAN unique Near Real-Time RAN Intelligent Controller. The Near-RT RIC aims at increasing network performance. It utilizes closed loop (~10ms) measurements to optimize load, energy consumption or other parameters across multiple radios. The O-RAN solution benefits from open access to local RAN data and leverages the O-RAN open architecture, including the E2 and O1 interfaces.
· 3 initial Near-RT RIC microservices (X-APPs) on network admission control, network KPI monitoring and KPI measurement.
· An initial RAN protocol stack from 4G LTE with extendable framework towards 5G standalone mode that leverages the multi-vendor O-RAN architecture with the open fronthaul interface and the F1 interface.

The Amber Release is available at the O-RAN Software Community wiki pages.

“The first release of the O-RAN Software Community exemplifies the progress we've made as an industry, and AT&T is proud to be a member and active contributor of this effort," said Andre Fuetsch, Chairman of the O-RAN Alliance, Executive Vice President and Chief Technology Officer of AT&T. “Together, we’re driving forward open networking, software and virtualization in global wireless networks, which is critical as we shift to a 5G world.”

“We are really pleased to deliver the first release of the O-RAN Software Community with key elements in both repositories in such a short period of time,” said Chih-Lin I, Co-chair of O-RAN Technical Steering Committee (TSC), Chief Scientist of China Mobile. "The Amber Release provides a good framework for the non-realtime RIC and the near-realtime RIC under Apache 2.0, as well as the O-CU and the O-DU under the FRAND-based O-RAN Software License. It demonstrates the value of close alignment between the specification work and the corresponding open source software development.”

“The TOC is proud of all the contributors who have worked hard to bring together the first release of software for an open and intelligent RAN in such a short time,” said John Murray, co-chair of the O-RAN Software Community Technical Oversight Committee and AVP advanced technologies, AT&T. “It is an exciting and evolving domain that is at the front of technology changing our world. The first release is the start of the project and we expect the contributions and functionality to continue as we grow the community of contributors and deliver additional releases in the future.”

“At Nokia we are strong proponents of O-RAN’s core principles of intelligence and openness and believe it will motivate collaboration and drive innovative new services in the industry,” said Michael Clever, Head of Cloud RAN Solutions at Nokia. “We are pleased to be contributing to the Near-RT RIC software in the O-RAN Amber Release. This and future contributions will help prove out the Near-RT RIC and pave the way for wider adoption.”

“Radisys is a champion of O-RAN Alliance and our open strategy has been a guiding beacon for us to help foster the open RAN ecosystem,” said Neeraj Patel, SVP and GM, MobilityEngine Business Unit, Radisys. “We have been working with the O-RAN Alliance and Linux Foundation to bring an open O-DU and O-CU protocol stack as part of the Amber Release. Radisys will continue to play an active role both as an enabler and integrator to fast track the operationalization and commercialization of a multi-vendor ecosystem for 5G RAN.”

“We are pleased to see the O-RAN Software Community issue its first software release, especially in such a short time since forming the project,” said Arpit Joshipura, general manager, Networking, Edge and IoT, the Linux Foundation. “The speed in which this collaboration came together represents a strong commitment across the open source networking ecosystem towards the harmonization of both open source and open standards, as well as cross-stack integration.”

About O-RAN Alliance and the O-RAN Software Community

The O-RAN Alliance is a world-wide, carrier-led effort with more than 130 member operators, vendors, and research & academic institutions operating in the Radio Access Network industry. Its mission is to drive new levels of openness in the radio access network of next generation wireless systems. Future RANs will be built on a foundation of virtualized network elements, white-box hardware and standardized interoperable interfaces that fully embrace O-RAN’s core principles of intelligence and openness.

The O-RAN Software Community was jointly created by the O-RAN Alliance and the Linux Foundation in April 2019. Its mission is to provide a software solution to support the implementation of an open and intelligent Radio Access Network (RAN), compliant with the O-RAN Alliance specifications.

About the Linux Foundation

Founded in 2000, the Linux Foundation is supported by more than 1,000 members and is the world‘s leading home for collaboration on open source software, open standards, open data, and open hardware. Linux Foundation’s projects are critical to the world‘s infrastructure including Linux, Kubernetes, Node.js, and more. The Linux Foundation’s methodology focuses on leveraging best practices and addressing the needs of contributors, users and solution providers to create sustainable models for open collaboration. For more information please visit us at www.linuxfoundation.org. 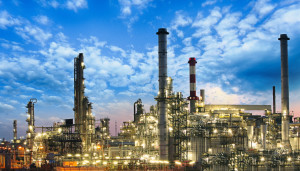